The game is integrated into the top banner of the website for Americans for Redistricting Reform.

This group seems to have good momentum and partnerships with a big group of quality, like-minded organizations.

Check it out.
Posted by Chris Swain at 9:44 AM No comments:

California is branded among a 'Dirty Dozen' on gerrymandering

The LA Times ran a piece entitled "California is branded among a 'Dirty Dozen' on gerrymandering" on June 19. Full article here.
Posted by Chris Swain at 3:24 PM No comments:

David Broder published this excellent critique of the current redistricting laws in America in his column in the Washington Post.

He talks about something not often mentioned as a problem with the current system - that it leads to voter suppression. 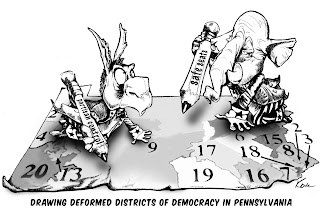 Gamasutra did a recap of the SXSW panel I was on here. Also Evan Van Zelfden did a nice piece for The Escapist here.
Posted by Chris Swain at 8:03 PM 1 comment: 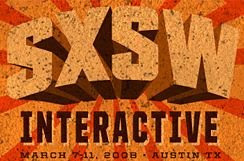 Nominated for a Golden Dot Award 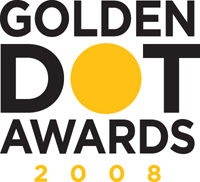 The Redistricting Game is up for a Golden Dot Award from the Institute for Politics, Democracy, & the Internet. Vote here.
Posted by Chris Swain at 8:44 AM No comments:

Making this Game Better: The Redistricting Game at GDC

The Game Developer's Conference (GDC) is the biggest and most important conference for game developer's. I will be running a two-part session at this year's conference during the GDC Serious Games program called Make This Game Better: The Redistricting Game. Here are the details:

MONDAY Feb 18
Make this Game Better: THE REDISTRICTING GAME (Part I)
Speaker(s): Chris Swain (University of Southern California)
Time: 10:30-11am
In 2007 Chris Swain lead a USC Annenberg School team to design a serious game with the purpose of helping the public understand the process of legislative redistricting and reforms related to redistricting. Redistricting is the process of producing defined geographic boundaries of population which are represented in Congress or the state legislature. As more and more powerful demographic systems and mapping software have become available, redistricting has grown into a very elite game of optimization also known as gerrymandering. Each side in the process (essentially the two major political parties) attempts to push a slate of designed districts it feels are advantageous to their party's candidates through the legislative and negotiation process. The results can sometimes be astoundingly bizarre shaped districts and ultimately result in voter confusion and disenfranchisement from the entire process.

THE REDISTRICTING GAME tries to capture the core yearning for optimization process that exists in redistricting but then attempts to show users various proposed reforms in the process as new constraints on the rules of the game. Users are then given links to various reform sites as well.

The game is now out and fully playable. Like all games there are many ideas that never made it through the final cut. In this session, Chris will present the full version of THE REDISTRICTING GAME. Two leads from the audience will be announced and then each lead will have over 24 hours to compile ideas into a quick presentation for the following day detailing an imagined 2.0 version of the game and associated project. The goal of this session is not to just make the game itself better but to figure out new ideas the potentially improve the impact of the project's mission. After the presentations the audience will be given a chance to respond. Chris will then offer some rebuttal and comments to the efforts allowing insight into why certain ideas may or may not work from his standpoint as the team lead.