Event at the Capitol Building

This week has been a blur of activity. Today we launched the game out of the Capitol Building. Rep Tanner hosted us. We dressed the room with posters related to the game. Four people spoke: Rep Tanner, me, John Anderson (the former presidential candidate who is now Chair of FairVote.org), and Gerry Hebert (exec director of The Campaign Legal Center). After the speeches we were interviewed by various members of the press including the NY Times, Roll Call, and NPR.
Here are some pictures from the event: 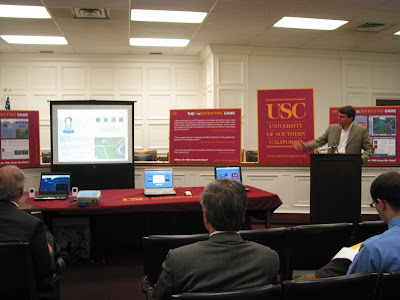 Speeches - This picture gives a sense of how the room was dressed. Big posters + laptops running the game. Press and guests in the audience. 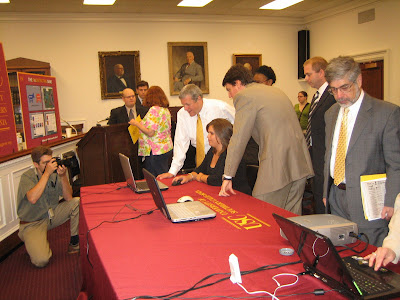 Interviews - this pic gives a sense of the atmosphere after the speeches. In this picture Tanner is talking about the game while one of his interns plays and I look on. 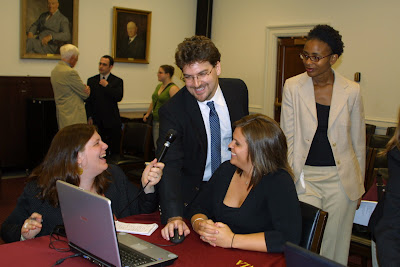 Writer/Designer Jeremy Bernstein jokes around with Andrea Seabrook from NPR. He did a great job in the interview and was quoted in the piece she produced (listen to the NPR piece here). 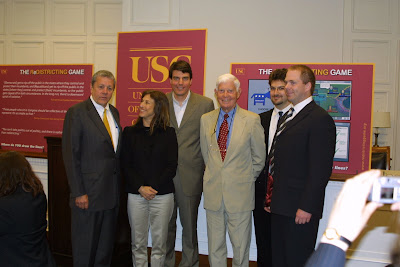 Wrap - here is the team with Rep. Tanner and John Anderson. From left to right: Rep John Tanner, Peggy Weil, me, John Anderson, Jeremy Bernstein, Duane Dunfield. Tanner really impressed me with how welcome he made everyone feel and how articulate and sincere he is about the issue of redistricting reform. Also it was a treat meeting John Anderson whom my dad voted for for president in 1980. I told him that and he said "always grateful for the support."

The event was a big success. Thanks to John Zollinger from USC for producing the event and getting all the people there.
Posted by Chris Swain at 11:38 AM